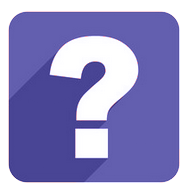 Dr. Nathan Thomas then attended the University of Texas Medical School in San Antonio and graduated in 2002. He married a fellow medical student and his current wife, Dr. Mika R. Thomas, during his four years in San Antonio.

After completing medical school, Dr. Nathan Thomas completed internship and residency with his wife at the Phoenix Integrated Residency Program in Obstetrics and Gynecology in Arizona. After completing residency in 2006, he practiced in Iowa for three years while his wife completed her fellowship in reproductive endocrinology and infertility. Since moving to Dallas in 2009, Dr. Nathan Thomas has practiced general obstetrics and gynecology. He is a Fellow of the American College of Obstetricians and Gynecologists and a Diplomat of the American Board of Obstetrics and Gynecology. He has a particular interest in minimally invasive gynecologic surgery, obstetrics and bioidentical hormone replacement. Dr. Nathan Thomas and his wife have a son and daughter. While not working, he enjoys spending time with his family and friends, traveling, watching sports and playing golf.

Hello! I’m Neida and I can help you with scheduling a consultation or answer any questions you may have. Just fill out this brief form or give our office a call today. I can help! 972.566.4555
Insurance & Payment Information
We accept: BCBS, Cigna, Aetna, United, Humana, MultiPlan, PHCS and Beech Street. We also accept cash, check, American Express, Visa, Mastercard and Discover.
Your First Visit

Hear From Our Team